Five African artists who commit to the continent

Aug 15, 2018 Christy Murphy Music Comments Off on Five African artists who commit to the continent

Starting from amateur actions, they are now becoming big figures in the world of African music, capable of passing messages. Like the Ivorians of Magic System or the Senegalese Coumba Gawlo, other African artists intend to rely on their media exposure to weigh as much as possible in the societal debates, in order to raise awareness on health, education, social and cultural issues. Most of us certainly know Wizkid, Reekado Banks and other African singers. Their songs really hit the heart of any Hip-Hop/RnB lover. Curious? You can download Jaiye Jaiye by Wizkid and download Reekado Banks Move here.

Became international artists after their success Sunday in Bamako in 2004, Amadou and Mariam have made their notoriety to raise awareness of the global public opinion of the scourge of hunger in the world by becoming in 2011 the ambassadors of the WFP (program World Food Organization), which annually feeds over 90 million people in 70 countries. Those nicknamed “The Blind Couple of Mali” at the beginning of their career have in particular set up in 2012 solidarity concerts in France and made known the action of WFP during meetings with their public in the the suburbs of Paris. 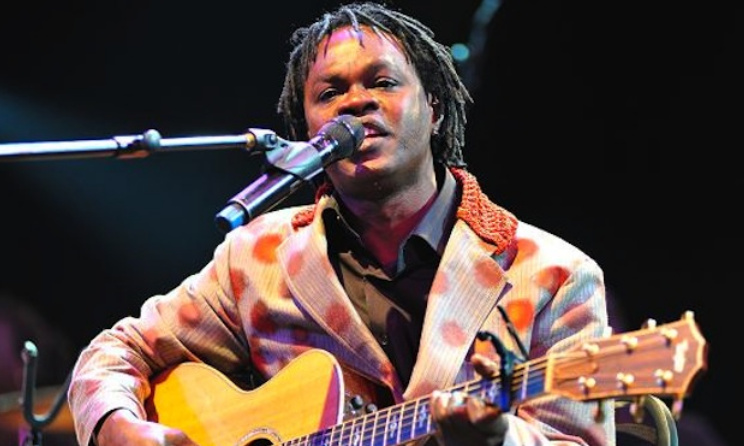 Involved since 1998 with the organization Red Hot in charity actions to raise funds to raise awareness and fight against AIDS, the Senegalese star Baaba Maal was also named “emissary to the youth” by the UNDP, in 2003, for promote actions to reduce poverty and the spread of AIDS. The singer also supported the creation in 2017 of the NGO Nann-K Europe, which works for the economic and social development in Africa.

He is a Nigerian born with the name Panshak Zamani. The Nigerian singer began reaching his superstar path after releasing “Oleku” a remix song with Nigerian instruments. In 2015, he collaborated with Zwai Bala to release Peace Day anthem in Rwanda. Prince is known for several times donating his money to several peace-themed social activities. With his unique music especially when he collaborated with Vanessa Mdee, many people predict that his career will be bright for the next few years. You can download Ice Prince ft Vanessa Mdee mp3 here.

The Senegalese Coumba Gawlo was barely 22 years old, and already had some local successes to her credit, when she created the association Lumière pour l’enfance, which carries out actions to help sick and deprived children. The one who was part of the Enfoirés gang in France after her album produced by Patrick Bruel, is on all fronts: godmother of the Office of the United Nations High Commissioner for Refugees (UNHCR), ambassador of the United Nations Development (UNDP), the United Nations Office on Drugs and Crime (UNODC) and the NGO World Vision. The militant singer has also distinguished herself by setting up the great charity concert Africa for Haiti in 2010, after the earthquake that ravaged Port-au-Prince a few months earlier.

In Madagascar, in the Indian Ocean, massive deforestation has put the environmental issue at the heart of concerns. Jaojoby, the most popular singer on the island, is one of those whistleblowers who participated in two Wake Up Madagascar awareness tours in North America. But he had already recorded a song for the WWF NGO in the late 80s. The artist was also very involved in talking about the danger of AIDS and fighting its spread, on behalf of the United Nations Population Fund.