New Hollywood is one of the most defining moments in the history of film. The films released during this time were unlike anything that had been released before. The films made during this period were a huge deviation from their predecessors. They explored different themes, were complex, and had a mythical quality. These filmmakers came from a generation of people that were disillusioned with the United States and the people in power. They didn’t want to conform to societal standards and their movies reflected that very same attitude. These filmmakers changed the way movies were written, produced and released.

This New Hollywood, sometimes known as “American New Wave”, brought forth some of the most well-know filmmakers, writers and actors. Some of the most prominent names in entertainment got their start during this period of film history. Filmmakers like Woody Allen, movies like Bonnie and Clyde and actors like Diane Keaton and actors like Dustin Hoffman were all big names that rose to fame during this time period in film history. There are many, many more famous people that got their start during the New Hollywood phase but there are certain filmmakers and actors that provided a greater influence over films at the time.

There has been a debate amongst historians about the exact time frame of this period of time in film history but they can all agree that it began after the end of the Vietnam War. There were millions of disillusioned youth after the war that were looking for ways to express their changing views. The war caused a lot of strife within the United Sates. There were protests and general outrage about the US’s involvement in the war. Protests started in 1964 and those protests grew into a huge social movement. Ideals had begun to change. The patriotism that once flowed through America started drying up.  The disillusionment after the troops came home found an outlet and that outlet was film.

Before the Vietnam War, Hollywood would put out films that were highly patriotic or that would paint the US in a very flattering light. During the Second World War, the entertainment industry underwent a huge shift to help aid the war effort. When America went to war, both President Franklin D. Roosevelt and General Dwight D. Eisenhower met with studio executives, filmmakers, actors, and directors to create films that would be used to boost the morale of both the troops and the citizens of the country. The government believed that these films would help influence how people viewed the war. Certain movies released during that time would feature the United States as victorious and as the good guy. These films inspired a great amount of patriotism for United States citizens but those feel-good emotions were not meant to last.

After the Second World War, there began a slow decline in movie viewership. Major historical epics, large-scale musicals, and films with expensive budgets dominated the 1950’s and the 1960’s. The Baby-Boomer generation was coming of age during this time and they were not interested in these large-scale, overblown films. There were large, expensive flops during this time like Hello Dolly and Doctor Doolittle that proved that there was a huge change in the attitudes of moviegoers after the war. The Baby-Boomer Generation were the next big demographic that Hollywood was having difficulty reaching. Old Hollywood didn’t understand how to market to this generation and couldn’t figure out what they wanted in entertainment.

The Baby-Boomer generation is defined as a person who was born between the mid-1940’s until about 1964. The post-war population boomed. They grew up during a time of dramatic social change. They had a tendency to be more liberal and highly educated. They were distrustful of government and were more cynical than the generation before them. Hollywood was unable to understand this type of person.

This general lack of understanding led to a revolution. There was already a lack of interest before the Vietnam War and feelings about the war only intensified that need to rebel against old money. Hollywood was viewed to be in back pocket of the government and because there was so much distrust of the government at that time, people had begun to distrust Hollywood. They wanted a refresh on the entertainment industry. This set the stage for a whole new crop of young filmmakers and directors to create films that were unique, thought provoking and stylistically realistic.

New Hollywood was greatly influenced by a lot of the European films. There were certain defining characteristics like unresolved endings, and were designed to provoke a wide range of emotions in moviegoers. The films focused more on relationships, contained looser narratives and featured more sexually explicit content.  Big names in old Hollywood started to retire or pass away, and younger executives started to take their place. These younger executives were more willing to take risks. 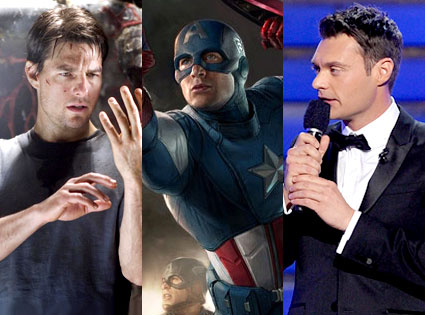 There were many names during this time in film history that helped to influence this time period.  One of the most notable filmmakers that rose to fame during this time was Woody Allen. His films set the stylistic tone for films during this new wave. He is considered one of the most brilliant writers and directors to come out of New Hollywood. His minimalistic style was sarcastic, witty and sophisticated. His films focused on complicated relationship issues and depicted beautiful city backdrops and had a mythical nostalgic feel to them. His films often featured a central character that was an Atheist, a Nihilist or a cynic. These types of characters greatly appealed to this generation of moviegoers who had become disenchanted with the world.

Woody Allen got his start very early on in his life. He started writing jokes at the very young age of 17. He would sell them to newspaper columnists for a small fee. His temperamental home life greatly influenced his writing and directing. His focus on the subtle and minute aspects of relationships made him famous. He had the ability to set a scene that slowly unfolded in a way that really made the viewer think. His style of writing and directing set the tone for the New Hollywood movement. His own relationships were also complex but he later was able to find love in an unconventional way. His ex- partner Mia Farrow brainwashed his adoptive daughter, Dylan O’Sullivan Farrow, to accuse him of abuse after it was discovered that Allen was having an affair. It was major life events like this that greatly influenced his films. His films were the vehicles to portray his own struggles in life and they greatly influenced the New Hollywood movement.

Allen’s most influential film during the New Hollywood era was Annie Hall. This film is epitome of this era. The beautiful narrative details the unresolved questions that occur when a relationship ends. The romantic comedy, starring Diane Keaton and Woody Allen, is about a pair of ex-lovers in New York that had ended their relationship. The male lead, played by Allen, is a comedian named Alvy Singer who wants to know why his relationship with Annie Hall (played by Diane Keaton) had ended a year ago.  The themes in the movie greatly appealed to the younger generation and the movie was met with widespread critical acclaim. The film was culmination of the thoughts, feelings and sentiments during that time in Hollywood. It touched on the themes that had become very important to the Baby Boomer generation.

Woody Allen was a defining director during this time, but the most defining movie was Bonnie and Clyde. The 1967 biographical crime film is considered one of the most landmark films of this time period. It is considered the first film that set the tone for movies released during the New Hollywood wave. The film directed by Arthur Penn, starred Warren Beatty and Faye Dunaway and it broke many of the taboos that existed in film due to the rules set by old Hollywood. This film was the beginning of a new era in the entertainment industry.

The violence and sexual aspects of the film is what set it apart from other films during that time. The graphic themes really appealed to the younger generation. It was strongly influenced by the French New Wave films. French New Wave films were known for fragmented, discontinuous editing, ambiguous endings and rapid shifts in tone. Bonnie and Clyde had all these characteristics that ultimately set the tone for the future of film. New Hollywood was greatly influenced by this film and the younger generation of filmmakers used this film as inspiration for their projects.

The film went on to become one of the top five grossing films of 1967 and is currently recognized as the turning point in the history of cinematography.  This film won many accolades for its gritty depiction of the infamous crime duo. At the 40th Academy Awards, the movie took home Best Supporting Actress, Best Cinematography, and was nominated for 8 other categories. In 1992, the Library of Congress selected the film for preservation in the United States National Film Registry for it’s historical significance.

Actors like Dustin Hoffman were launched into fame thanks to the trailblazing film, The Graduate. Dustin Hoffman is another name that is synonymous with the New Hollywood movement. His character in The Graduate embodied the aimless yet wandering spirit that personified the generation. The romantic comedy-drama film follows the story of a recent graduate from Williams College who is seduced by a much older woman. The main character Benjamin Braddock is played by Dustin Hoffman. His portrayal of a young man transitioning into adulthood without any future plans is a very accurate description of how the Baby Boomer’s were feeling at the time. Dustin Hoffman plays the uncertain and restless character with absolute perfection. The character and Hoffman’s portrayal of Benjamin, really appealed to the general sentiment of the younger generation during that time.

Dustin Hoffman’s portrayal of the aimless Benjamin Braddock was considered the ultimate depiction of a New Hollywood character. Benjamin symbolized all the uncertainty and restlessness that the Baby Boomer generation was feeling during that time period. Hoffman was launched into fame thanks to his accurate interpretation of the character. In 1966, the film was also chosen to be preserved in the U.S. National Film Registry. This film is also recognized as one of the influential films during this time period not only because of its content but also in large part because of Hoffman’s acting.

There are so many names and movies that came out during the New Hollywood period but writers, directors, and actors like Woody Allen, Diane Keaton, and Dustin Hoffman were highly influential. Movies like Annie Hall, The Graduate, and Bonnie and Clyde set the tone for movies during this time. This monumental shift in Hollywood changed how movies were directed, produced and written. Some of the most highly critically acclaimed movies during that last century were released during the New Hollywood time period. New Hollywood forever changed cinematography and will forever be considered the most defining moment in shaping the future of entertainment.